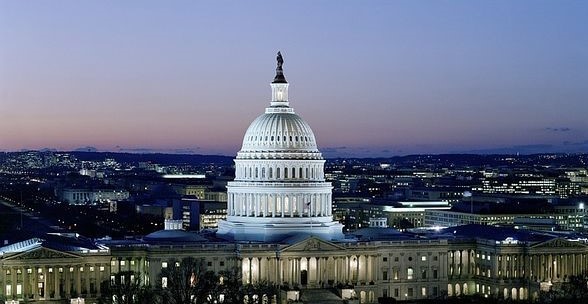 It is indisputable that COVID-19 now dominates our lives. Whether it’s the fact that it's fundamentally altered the way we live, the fact that it’s seemingly monopolized our media, or the fact that it threatens those we hold dear, this pandemic’s influence is present in everything we do.These societal changes, however temporary, will have lasting repercussions.

Because the pandemic has been so prevalent in news media, social media, and even casual conversation, it’s obfuscated the previous go-to topic of discussion: the 2020 presidential election.Though the immediate effect of COVID-19 on the presidential election is an increased apathy of the general populace towards the election, there are broader implications as well. Implications that could shape the future of our government⸺the future of our society.

First, how the pandemic will affect the Democratic primary. Bernie Sanders’s campaign relies heavily upon galvanizing the leftist base into action. However, a pandemic makes encouraging voter participation next to impossible, as people are inherently more concerned with threats in the present than with elections in the future. It is evident from the most recent debate that Sanders also plans to use the pandemic to point out flaws in the American healthcare system and make his case for why it should be replaced with his Medicare for All proposal. A poll conducted by Morning Consult and Politico showed that fifty-five percent of voters now support Medicare for All, so even if Sanders isn’t gaining traction during this crisis, his ideas certainly are.

Joe Biden should reap the majority of the political benefits of COVID-19 in the Democratic primary (due to his large but not necessarily active group of supporters), but the general election is a different story. Polls show that opinions on Trump’s handling of the pandemic don't often stray from party lines. A Hill/HarrisX poll showed that seventy-six percent of Republicans approve of Trump’s handling of the corona virus, while just twenty-nine percent of Democrats approve of it. Independents were almost evenly split, with forty-eight percent of Independents approving of Trump’s corona virus response. If Biden wishes to exploit the political expediency of the corona virus, it would behoove him to talk more about Trump’s controversial actions prior to the pandemic that may have exacerbated it (such as his sharp cut of CDC funding).

It should be noted that Trump has received a slight boost in his approval ratings during the pandemic, but this is not anomalous for presidents during a national crisis such as COVID-19 and shouldn't be a factor by the time of the general election. However, what will be a factor in the general election is Trump’s success in stimulating the economy. Countless jobs have been lost due to the corona virus, and many of those out of work require government assistance to provide for themselves. Though Trump hasn’t been a fan of universal basic income in the past, he's considering it as a temporary fix for the economy. The success of whatever economic stimulus he chooses to implement may very well decide who wins the White House in November.