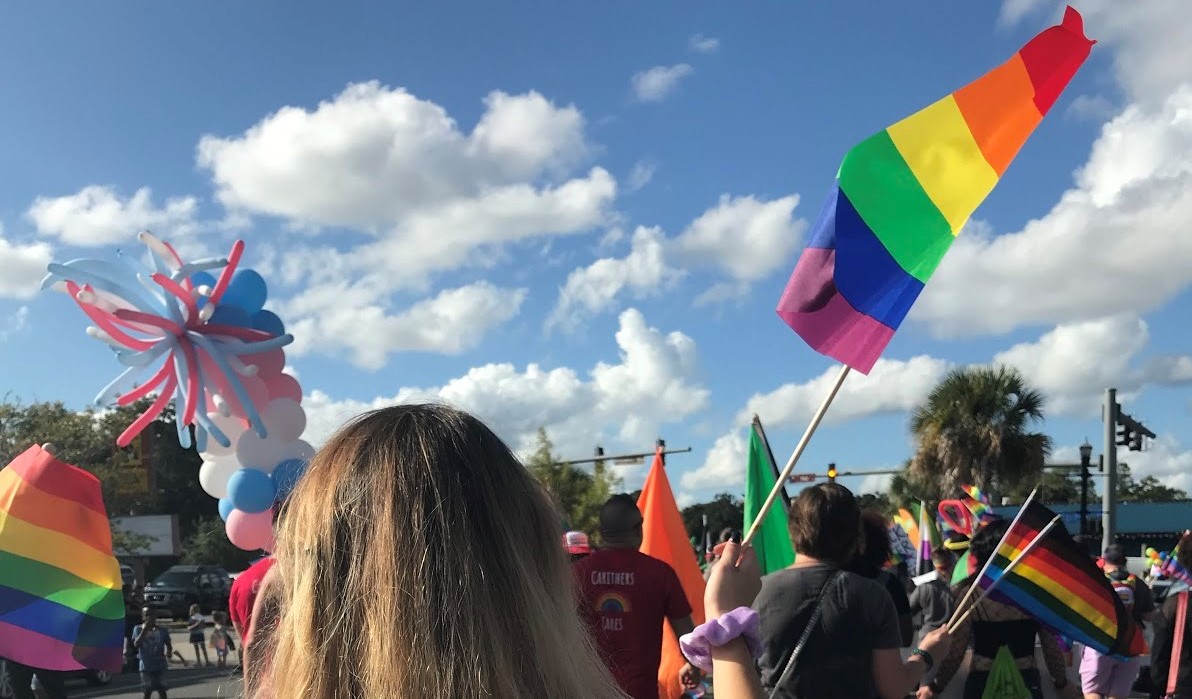 DISCLAIMER: This article does include information regarding HIV-AIDS, LGBTQ topics and mentions of sex. This article is not written to offend any particular groups, but instead to educate the youth of a problem that for the most part remains under the radar.

It isn’t difficult to recall the sight of the big red bus parked in a Publix parking lot. A familiar sign for most, may actually be a hub of discrimination. Donate blood! Save lives! Get a $15 Gift Card! But what they don’t tell you in these signs are that you might be turned away because of your romantic preference. Since the late 80s, gay and bisexual men have been banned from donating blood and potentially lifesaving COVID-19 antibodies. While going through screening forms there is actually a question asking whether you have engaged in sexual activity with another man in the past 12 months… even if the answer is no for you, it might induce a wave of questions. Why do they need to know this?

In 1983 the United States was in a mass hysteria over the HIV-AIDS epidemic. An epidemic typically affiliated with LGBTQ discrimination – especially for gay and bisexual males. The ban was initially enacted as an emergency precaution to prevent the contamination of the U.S blood supply. This ban perpetuated a stigma for millions of LGBTQ individuals, and still does. Not only can this affect gay and bisexual men, it can impact women who have had sex with men who have had sex with other men, and transgender people whose gender may be completely ignored, making male to female women identify with their gender at birth. Subject themselves to humiliation and discrimination.

We know that current HIV tests are able to detect the virus with high precision within 11 days after an individual’s infection. Furthermore, the test is able to detect the virus at such a high precision that only 1 in 3.1 million units of blood infected with HIV making it though the screening process. Despite the numerous studies linking heterosexual individuals to the disease, and medical and diagnostic capabilities in the HIV field have improving tenfold, we are still seeing the Food and Drug Administration (FDA) enforcing the ban. Although, relatively recently, there has been some improvement to this blood ban. In 2015 under the Obama Administration, the ban was lifted from the lifetime deferral to 12 months from the most recent sexual affair. Although this is a good step in the right direction – in 2015 they weren’t dealing with a crippling pandemic that calls for a cure as soon as possible, no matter the source. And yet, people are still getting turned away.

With the coronavirus pandemic taking the globe by storm, the United States blood supply is quivering. Recognizing the growing necessity for blood, House Oversight and Reform Committee Chairwoman Carolyn Maloney and Representative Alexandria Ocasio-Cortez wrote a letter to the FDA,“This antiquated policy is not based on current science, stigmatizes the LGBTQIA+ community, and undermines crucial efforts to increase the nation’s blood supply as the United States grapples with the coronavirus crisis”. The American Red Cross only confirms the growing necessity for blood – announcing in March that nearly 2,700 blood drives which were responsible for 80% of the organizations blood donations, were canceled due to the coronavirus pandemic. Maloney and Ocasio-Cortez are urging the FDA Commissioner Stephen Hahn to revise this ban immediately, as it could result in as many as 615,000 more donated pints of blood per year. Not to mention the potentially coronavirus antibodies that could be discovered in approximately 9 million more American citizens. So far, President Trump has neglected to seriously consider this proposition.

So, once again we are witnessing the gears turning on a ban that was initiated out of discrimination and panic almost 40 years ago. Hopefully a change will come soon, but for now, we can do our part in alleviating Americans from this discrimination. A national LGBTQ nonprofit called GLAAD is organizing a petition to allow gay and bisexual men to have the right of donating blood. Spread the word, and do what you can to make change happen – from the comfort of your home of course!