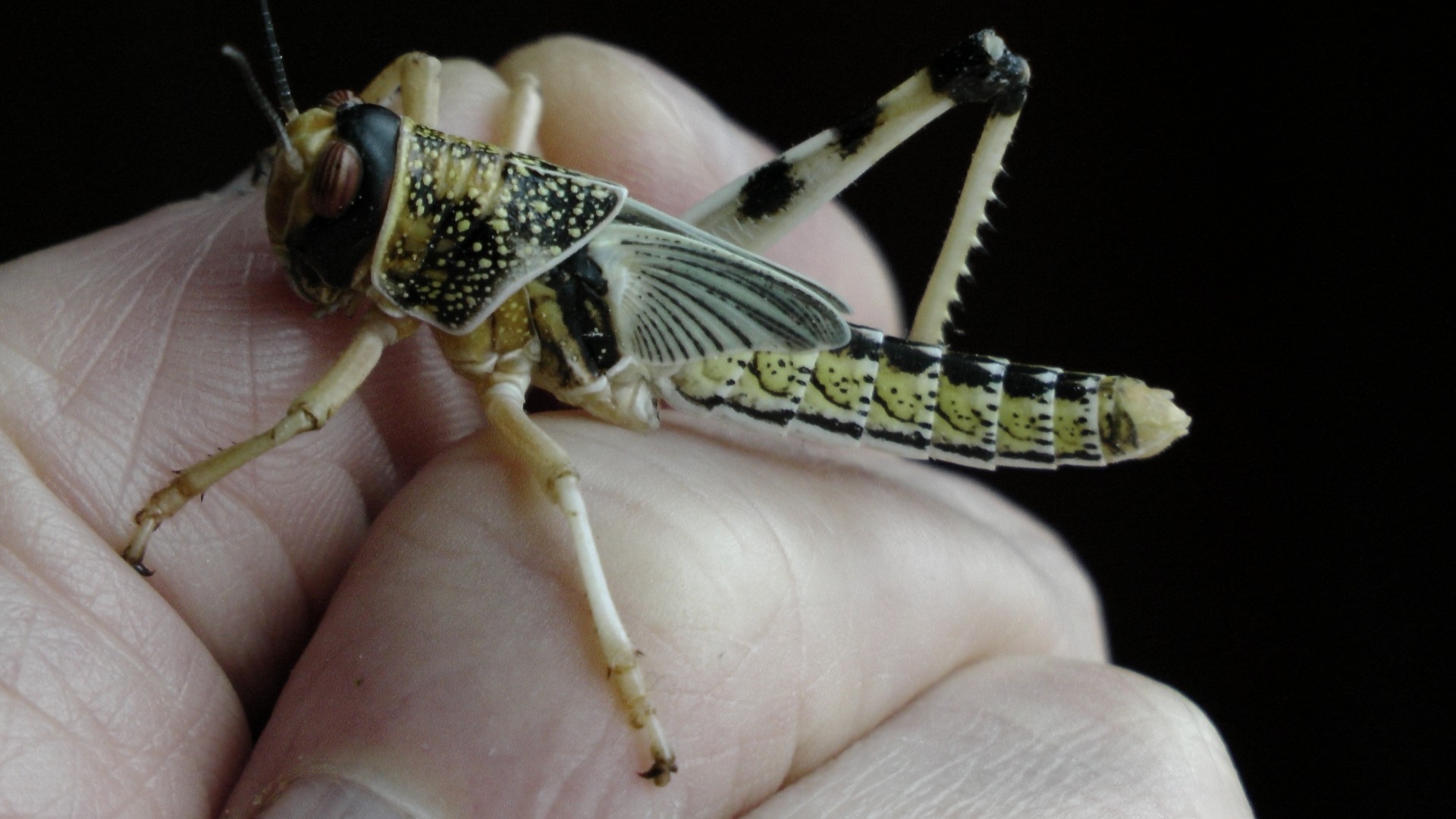 You scrape together breakfast and hug your young daughter before sending her off to school. Your village has been recovering from semi-constant environmental disruption, but it seems that things are finally getting better. Most people in your village are farmers by occupation and lineage. Everyone living in the village takes pride in their way of life. Every mile driven on a tractor, every axe swing, every meal worked hard for, and every sweet word spoken to a loved one: All with a rich cultural pride and satisfaction. Your family owns eleven acres of coffee plants. Sitting down while looking at old pictures of you and your grandparents, you hear a faint humming.

At first, you think that someone is driving by. The humming doesn’t stop. Maybe it may be the case that someone came to see you? Then, without warning, it becomes dark outside. Suddenly, you remember the plagues of decades past. Suddenly, you know what’s happening.

Blood pumping with anxiety and heart dropping at the realization, you look through a window towards the fields you grew up working. Everywhere. Locusts everywhere. Locusts of a density so thick that your whole village might as well be drowning in an ocean of these creatures!

And the next morning…

Waking up, you almost choke at the sight: All your crops… Gone. Every drop of sweat, every time you accidentally cut yourself working, all those sunburns: Gone. How are you going to pay for your daughter’s schooling? What about the debt from buying all the coffee seeds? What about scraping breakfast together again? You look at your daughter with a feigned smile. You tell her that it’s gonna be okay, but you both know that it’s a lie.

It might sound like a scene from a movie, but this is the current reality of tens of millions. It’s no joke. Desert locusts have been plaguing Africa for centuries. Locusts eat anything and everything that is green. They don’t travel by swarm…They travel by cloud. At times throughout the 1800s and 1900s, areas of Africa have had their agriculture destroyed by locusts. What’s worse is that the majority of states lack the infrastructure and resources to properly deal with the problem. But before we go into some specifics, we should understand why all of this is happening.

Many speculate that it’s due to human-caused climate change. Two unusual cyclones in 2018, Luban and Makunu, gave large amounts of rainfall to a speculated desert locust breeding ground that lies between Yemen, Oman, and Saudi Arabia. Despite the name, a desert locust population can increase exponentially when exposed to a rainy environment. The locusts started their migration across the Red Sea into the Horn of Africa. Then, in December 2019, Storm Pawan gave the locusts better breeding conditions. As a result, they have been migrating a bit in all directions with the greatest migrations to more humid environments that are better for breeding, such as Uganda and Tanzania.

For some areas, this is the worst infestation in decades or even centuries. It is estimated by the Norwegian Refugee Council that 14 million people have been displaced in this grossly underfunded locust plague. The FAO has appealed for $138 million but has only received $52 million as of February 28, with $10 million coming from the Bill and Melinda Gates Foundation. With the current COVOID-19 situation, it seems unlikely that the proper humanitarian funding will be given, which can cause the locust situation to become even worse.

Although many dismiss the problem on account of being forign, one must remember that these locusts can travel thousands of miles to other countries depending on weather and mating patterns. Not only is the scope of economic damage limited to Africa, but many countries and companies, such as Starbucks, base a large portion of their agricultural operations in eastern Africa. This locust plague of biblical proportions can affect food companies, clothing companies, et cetera. It is all tied together and failure to prevent further damage will come at a huge economic, social, and agricultural loss.

In the end, only time will tell what happens.